It was on the foal of a donkey that before the Crucifixion, Jesus entered Jerusalem, acclaimed by the crowd who laid palm branches in front of him in his honor.

The preparation for the return of the Messiah to Jerusalem will be done in the same humility, but no one will be there to welcome him, because everyone will be waiting for him with their eyes fixed on the "great" of this world.

From the heavens, Jesus wants to renew in the divine nature, the emotional system contained in the human brain, until making it similar to his own. This is the crown that the Church of Philadelphia must not lose on this earth, for it will be tempted to disobey God, just as Jesus was. It will be in death to what we call “us” that it will obtain its victory, because this “us” is none other than what the logic placed under the tutelage of Satan builds in us.

This Church of Philadelphia will not have worked to better dominate its carnal nature, to resemble the image that it had of Jesus, but will have become similar to Him, as He promised us: Then he will come again and all will see Him! 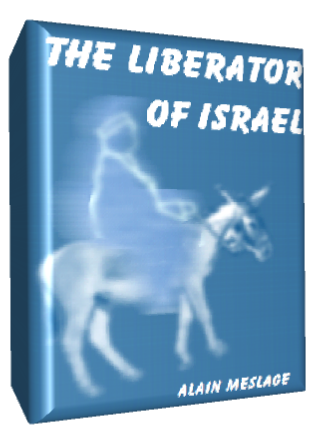 THE LIBERATOR OF ISRAEL

Our human spirituality is not located solely at the level of belief in God. It comes from our original logic, which transcribes an emotional system programmed into our brain, without which no action or reaction would be possible.

Equipped with this egocentric logic, homo sapiens was therefore usefully placed under the tutelage of Lucifer by our Creator, in order to fight his animal nature by breaking, to obtain from it the respect of its instincts contained in its genetics, while bringing it the protective appeal of God.

What was only instincts in homo sapiens became "conscience" in Adam and Eve, who were tempted by their ancestral tutor to eat the fruit of the tree of knowledge of good and evil, despite the forbidden by God. It is in this that Lucifer, useful and indispensable tutor took the name of Satan, the lying ruler, because the programming of our emotions in its basic logic does not make it possible to produce an emotional system of divine nature, in conformity with the conscience.

To free us from this logic and its guardian, the Eternal God gave his Son, who was obedient to him even to death on the Cross and thus surpassed the disobedience of Satan.

If Satan was defeated in Jesus Christ, he was not dismissed and his logic still covers the human from his creation. When this one, endowed with the Holy Spirit, will have opened to Christ the rights to rewrite his initial emotional system in its entirety, it will be the second victory of Christ. It is this victory that will project Satan to earth, for a small number of humans will have been entirely renewed in the divine nature, in the image of Jesus when he was still on earth and a large number will already be partially so.

Everything is accomplished and made available to the democracies, to defeat the arbitrary and tyrannical authoritarianism of Satan. This is why our generation is witness to the violence of dictatorships, which seek to do away with the only system that makes it possible to obtain respect for divine rules through Love, whereas until then it had to be obtained through domination.

On the day of this second Victory, God will can then to free his chosen people from the duty of guardian of his precepts and allow humanity the Real conquest of divine Freedom in Jesus Christ, during the millennium of tomorrow.

Chapitre suivant Top 1 - Since logic under tutelage, until divine logic 2 - The functionalities of our logic under tutelage 3 - Get to know each other better to understand each other better 4 - Our Liberator wants us to conquer Canaan 5 – The divine evolutionary systems 6 - And the Church became the Wife! 7 - The Wife of Christ, "Deliverer" of Israel 8 - The life after the spiritual tutelage Your previous page Book cover symbolism Book cover summary Others translations of this page