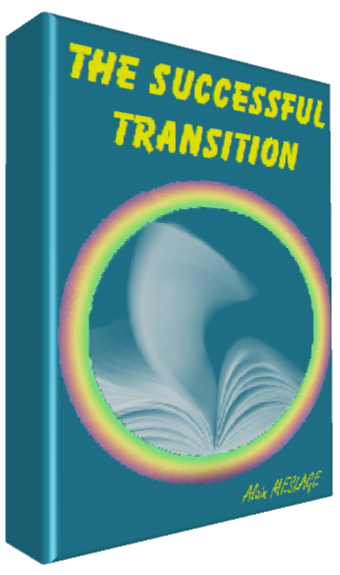 Summary of the cover

After the baptism of the Holy Spirit, it is because we do not look at the totality of the emotional system of Jesus that we believe that we can produce real good results in the divine will, without the spirit programmed in our brain has been rewritten in Divine Love.

As Hebrew 10-16 / 17 tells us: This is the covenant that I will make with them after those days, saith the Lord, I will put my laws into their hearts, and in their minds will I write them; 17 And their sins and iniquities will I remember no more.

The Lord God gave us the guiding axis, through his people whom he brought out of Egypt and to whom he manifested His presence throughout the crossing in the desert, before installing a part of it east of the Jordan and lead the other in the conquest of Canaan, the Holy Land.

This is the image of the man / woman couple, in which the woman is more precociously established on her genetic and spiritual values than the man, but also in the church / society duo that constitutes the Church.

Since 1948, the starting point is no longer east of the Jordan, but in the Holy Land and if the Canaan of yesterday was to acquire the greatest possible holiness, from the spirit under tutelage, the Canaan of today is the acquisition of an emotional basis written in divine Love, from the Holy Spirit given by Jesus in the “heart”. The Church of Philadelphia will be endowed with Him on earth, until it receives the crown of the Wife of Christ and produces the tipping point from one logic to another on humanity.

Jesus will reign on earth and in heaven and will be welcomed as the Liberator of Israel, whose office of custodian of the testimony of the passage on earth Lord God will be lifted. It will be the same with the woman, not in a genre considered common to all human beings, but in a self-fulfillment according to the individual genetics, thanks to the emotional system of each one rewritten in divine Love, by Christ in heaven.

The Successful Transition is in a way the development of Freedom is in Canaan, which is why we find the divine Covenant placed by God on humanity.

After the very long period of good use of the reward / punishment logic by homo sapiens; in the days of Adam and Eve, the Eternal undertook to turn the page of this ancient logic on humanity, to provide it with one adapted to the good management of its conscience.

The sixth day is drawing to a close and the seventh is for tomorrow, the day when the Lord God will rest, Jesus reigning on earth and in the heavens.

A page turns, but will it bear our name?

1 - The vocation of Christ Read  : The Successful Transition Top 2 - The essential change of logic 3 - The journey to the desert

4 - The exit of the desert is done in duo 5 - The conquest of divine Love is in Canaan 6 - The Liberation of Women and the Church 7 - Divine Love in the nations, liberates Israel Others translations of this page Other themes Symbolic of cover Summary of the cover